TWELVE YEARS A SLAVE (Plus MUCH more!)

This exciting new release includes the complete text of "Twelve Years a Slave." Read the amazing story of Solomon Northup before (or after) you see the critically-acclaimed movie of 2013. But this collection doesn't stop there. It also includes:
Complete, unabridged texts of the five additional works listed below, all well-known works about slavery in America An active table of contents for easy navigation to any book or chapter The original illustrations for "Twelve Years a Slave" Well-formatted text with adjustable font and size
Below is a brief introduction to the six included works. (Excerpts from Wikipedia are used in the summaries.)

Twelve Years a Slave: Narrative of Solomon Northup, a citizen of New-York, kidnapped in Washington city in 1841, and rescued in 1853, from a cotton plantation near the Red River in Louisiana

"Twelve Years a Slave, by Solomon Northup as told to David Wilson, is a memoir of a black man who was born free in New York state but kidnapped, sold into slavery and kept in bondage for 12 years in Louisiana before the American Civil War."

Narrative of the Life of Frederick Douglass, an American Slave

"Narrative of the Life of Frederick Douglass is a memoir and treatise on abolition written by famous orator and ex-slave, Frederick Douglass. In factual detail, the text describes the events of his life and is considered to be one of the most influential pieces of literature to fuel the abolitionist movement of the early 19th century in the United States."

The Life of Josiah Henson, Formerly a Slave, Now an Inhabitant of Canada, as Narrated by Himself

"The Life of Josiah Henson is a slave narrative written by Josiah Henson, who would later become famous for being the basis of the character of Tom from Harriet Beecher Stowe's Uncle Tom's Cabin."

Incidents in the Life of a Slave Girl

"Incidents in the Life of a Slave Girl is a slave narrative that was published in 1861 by Harriet Ann Jacobs, using the pen name "Linda Brent." It addresses the struggles and sexual abuse that young women slaves faced on the plantations, and how these struggles were harsher than what men suffered as slaves."

"Up from Slavery is the 1901 autobiography of Booker T. Washington detailing his work to rise from the position of a slave child during the Civil War, to the difficulties and obstacles he overcame to get an education at the new Hampton University, to his work establishing vocational schools."

It is very nice book.. I really like it..

Twelve Years a Slave: Plus Five American Slave Narratives, Including Life of Frederick Douglass, Uncle Tom's Cabin, Life of Josiah Henson, Incidents in the Life of a Slave Girl, Up From Slavery E-Book Download 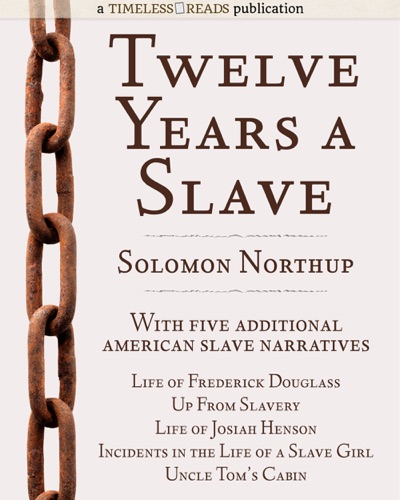 Twelve Years a Slave: Plus Five American Slave Narratives, Including Life of Frederick Douglass, Uncle Tom's Cabin, Life of Josiah Henson, Incidents in the Life of a Slave Girl, Up From Slavery Synopsis