Heart of the Battle Series Book 1

In a world plagued with darkness, she would be his salvation.

No one gave Erik a choice as to whether he would fight or not. Duty to the crown belonged to him, his father's legacy remaining beyond the grave.

Taken by the beauty of the countryside surrounding her, Linzi would do anything to protect her father's land. Britain is under attack and Scotland is next. At a time she should be focused on suitors, the men of her country have gone to war and she's left to stand alone.

Love will become available, but will passion at the touch of the enemy unravel her strong hold first?

This is a 3 book series. All your questions may not be answered in book 1. It does end on a cliff hanger.

*This is NOT erotica. It is a romance and a love story.

The Saxons were present in England from the 5th century on. If you can't even get historical facts correct I'm not going to waste my time reading your drivel.

The most historically inaccurate book I have ever read. Showers , coffee, and no comprehension of the peoples of the time. Please learn about what you are writing about.

Author, please do your homework! If you paid an editor, you need to get your money back. In addition to poor grammatical structure and dialogue you made significant error in facts. Yes, we all understand that this is a fictional book. However, it is based in a nonfictional setting and in a nonfictional time. The setting is northern England and southern Scotland prior to 900 A.D. You state that a family is growing spinach and Brussels sprouts. RED FLAG! Neither vegetable made an appearance in Central or southern Europe until the 13th century. The earliest known recording of either vegetable in England was not until the 14th century and later. I'm not a gardener, but I do know that prior to the 13th century the Scots ate meat, mostly root vegetables and (head) cabbage, berries and some tree fruits, herbs and flowers. Please... DO YOUR HOMEWORK!

A romance story...about Vikings? suuurrreeee And the cover will show a damsel in distress in the arms of a handsome man...on the brink of surrender. No, thanks. But, you know what? This story is well told! I found myself actually relating to the characters and wondering how they were going to meet, and...and that's the mark of a fine piece of work, to me. I am looking forward to the sequel(s). RickMahrt

Linzi is a girl who is coming into her womanhood. She wants what most girls her age want a family of her own and a good mate. With a war brewing on the outskirts of the country side she is worried for her brother and father. Her brother goes off to war with his friends. But will she see either one ever again. She discovers a horse and a fallen man on the ground wounded. Will she kill him it will she help him.

I SWEAR IF ONE MORE PERSON TRIES TO COMPARE VIKING OR CELTIC BRAIDS TO BOX BRAIDS AS IF THEY'RE THE SAME, I WILL PE…

@tomakeupwityou 😂 you got tough nerf to watch a celtic sacrifice ritual movie before sleep . But nop your fine, it… 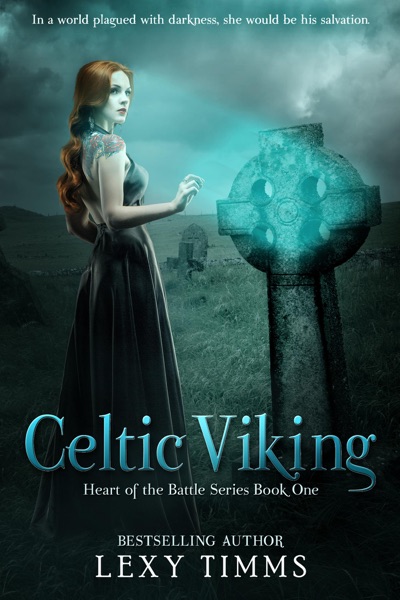