A serial killer is on the loose, and it's up to FBI agents Dillon Savich and Lacey Sherlock to bring him down. They soon discover that the killer has blood ties to an infamous and now long-dead monster. Savich and Sherlock are joined by agents Lucy Carlyle and Cooper McKnight, and the chase is on.

At the same time, Agent Carlyle learns from her dying father that her grandfather didn't simply walk away from his family twenty-two years ago: he was, in fact, murdered by his wife, Lucy's grandmother. Determined to find the truth, Lucy moves into her grandmother's Chevy Chase mansion. What she finds, however, is a nightmare. Not only does she discover the truth of what happened all those years ago, but she faces a new mystery, one that has been passed down from mother to daughter for generations.

As the hunt for the serial killer escalates, Savich realizes he's become the killer's focus, and perhaps the next victim. It's up to Lucy to stop this madness before it's too late.

I have very much enjoyed every book in the series, and this was no exception. Likeable, easy to get to know characters and new adventures for them.

I love all of Catherine's FBI thrillers with Savich and Sherlock!! I can get so engrossed in them that I can read cover to cover in a day! Excellent books if you love a good murder/thrill/mystery with a dash of romance. That's probably my favorite part. I've never enjoyed reading those sappy love novels but these have just enough romance to make them realistic and really help you "see" and "feel" the characters! Great author!

As good as this series of books are. . .Split Second is one of Coulter's BEST! Well written, multiple story lines, quick paced. . .as they say "a real page turner."

This series is usually entertaining. The books are not very realistic, but who cares ...it's a good read. You'll find likable characters and an interesting storyline. If you are looking for reality, go buy a text book. If you are looking to be entertained and to escape reality for just a bit then I recommend all the books in this series. I would suggest starting with the first book in the series, The Cove.

These are the best fbi series. I have read them all,now I will have to wait till the next one comes out.this is the first book I've have on a iPad love it......

I have my favorite authors and this book was recommended by a friend. Loved it and the authors style of writing. Great read.

I started reading the F.B.I. series when I was only 12. That was 8 years ago. Since then Ms. Coulter has produced hit after amazing hit. Though Riptide will always be my favorite book, Split Second is up there with it in the top 5. I love how she keeps the characters real and relatable. Though I know that Kristen isn't real, I can't help but wonder if there isn't really some girl out there killing people because she's the unknown child of a serial killer. The plot is very believable and the writing is spot on as always. The only thing I didn't like was not getting to see Lucy tell Coop about the ring. I would have loved to see his reaction. I hope in the next book Ms. Coulter brings back some of our favorite people from the past like Rebecca from Riptide and such. Have a killer who hates Savich and is going after everyone he's ever saved.

Another excellent mystery by Catherine Coulter. I look forward to each new release of hers and I wasn't disappointed by this new one.

ReadSpeed - It's been done before

This plot basis has been done over and over again. It's far from original now and is getting me bored. I felt as if this wasn't written by the same author throughout either. Probably had a lot of ghost writers on it too.

Split Second is right on target, it only took a second to be fully absorbed into this book. I love all of the FBI series & can not wait until the next.

Not really up to par with FBI standards - very unrealistic. I'd rate this book a "C".

Have really been looking forward to the release of this book! Does not come close to the other books in her FBI Series. Was somewhat boring, hard to finish ...usually her books are hard to put down!!!

i love the fbi series so much! i even named my daughter Lacie after Sherlock!

@rabid_child If you watch it closely, Louis looks like Weird Al Yankovic for a split second during the transition.😂

My PC won't turn on all of the sudden. No idea why. When i press the power button it tries to turn on for a split o…

@jkflrts: idc its kinda weird how some of y’all wanna sell out everything they use for a split second 😕

@wonuvaille: the way both of them acted so confident but then it turned into gay panic all in a split second like pLEASE SOONGYU YA'LL N…

@AldousReinhard Eyes seem to tremble in an erratic manner for a split second, however upon hearing a familiar voice…

@unotaehyung: unsolved mysteries: how jimin goes sexc and then goofy in a split second

@OfficerAverage Honestly, I would immediately help you under the assumption that the situation or engagement was ju…

@ChuckCallesto In a split second

@unotaehyung: unsolved mysteries: how jimin goes sexc and then goofy in a split second

@dreamboum: No More Heroes 3 has been shown for a split second in the Devolver Direct digital event. It shows Travis Touchdown standing…

@taylormcgayhee: Sign the petition!! It takes a split second

@carlifiveH Don’t you dare even forget it for a split second . I vote Lauren Jauregui for #ArtistoftheSummer @965TDY

@dreamboum: No More Heroes 3 has been shown for a split second in the Devolver Direct digital event. It shows Travis Touchdown standing… 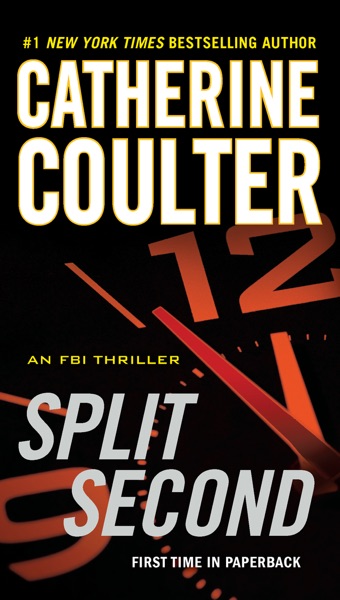