The man had seemed so innocent in the bar—hot, hard, and possessing a butt that I wanted to bite like the last chocolate chip cookie in my stash.

Of course, he’d also skipped town, leaving me woefully unsatisfied. That was before the news of a failed IUD. Before the plus sign. Before Jordan showed back up determined to make that night up to me.

I didn’t want a baby or a payday or a sexy, stubborn man in my life. I wanted to go back in time and pretend none of it had happened.

Unfortunately, my life had become all about that plus sign . . . and there wasn’t a damn thing I could do about it.

The first sign of trouble was the rough, masculine voice. The second was the Scottish accent. God, Cecelia loved Scottish accents. Colin McGregor was her every fantasy come to life. And Cecelia had been in love with him. Twice.

Then had her heart broken. Twice.

Well, the third time wasn’t the charm and CeCe wasn’t going to be stupid about Colin. Not again. Not now that she knew better.

But had anyone informed Colin of that fact?

Heather O’Keith is the biggest, baddest female CEO around. Known for being tough as nails, fair to a fault, and a shark when it comes to securing contracts for her business, RoboTech, she’s also lonely.

Not that she would tell anyone else that . . . least of all one Clay Steele—sexy, smart, cold, and a man with a business acumen that both matches and sometimes surpasses her own.

But then Heather realizes that she may not be the only lonely one. The big lug who seems to enjoy tormenting her in the business world also has a soft side. And when that part of him is wholly directed at her, she gets stupid.

Stupid finds her waking up hungover and naked in Clay’s bed. With a giant diamond ring. On her left hand.

Oh lord, what has she done?

Blind dates were the absolute worst.

Awkward, filled to the brim with small talk, and they never, ever worked out. Kay knew all that. Yet for some reason, she still had agreed to let Heather set her up.

Maybe it was because Heather O’Keith had rescued her when some idiot had dropped half a Venti Frappuccino on her laptop, saving her nearly-completed novel and befriending her in the process. Maybe Heather was just a force to be reckoned with. Or maybe, it was because Kay had serious pushover tendencies.

But when the date came, Kay found herself alone at a table for almost an hour before she called it quits. She’d been stood up. Yup, that was just perfect.

Her night was shot, she was behind on her word count, but then . . . she quite literally ran into tall, dark, and handsome outside the restaurant. One look at him and Kay thought that perhaps her night might be salvaged after all. 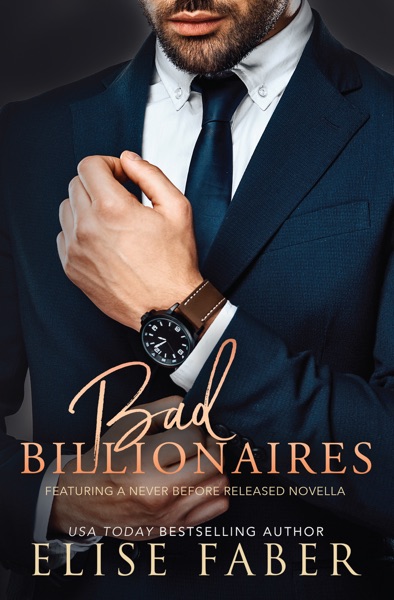