He had his eye on her for years. But she was married. Now she’s not. He’s all in.

Rachel Cameron prefers to lick her wounds and protect her children from gossip and shame in isolation on a small homestead in the Ozark Mountains. But life-long bachelor and ex-Marine Sheriff Garrett Stark has other ideas.

Drawn to Rachel, Garrett wields all the power and charm he can muster to insist she return to town for her safety and that of her children. Exasperation and anger rule on both sides. Rachel balks, but does not anticipate the raft of dizzying emotions stirred by the Garrett’s relentless attention.

The moment Garrett takes her into his arms, Rachel knows she must make a choice: honor the truth and face her fears or live forever as an outsider.

I didn’t know if this was set in a historical or in the present setting.

This book was funny, sad, scary and just all around entertaining! Love, love, loved it.

Loved, loved this story....well written ....could feel myself right in the middle of it. If you are a middle age woman who has had a first rough marriage or a not so happy marriage with littles ones....you need to read this it may help you understand there is someone out there for you & your family...in other words “you can find your ever after” ⭐️⭐️⭐️⭐️

I wasn’t sure at first if I liked either character. Turned out they both were great and I was totally rooting for them long before the end. Real people who develop and grow and admit when they’re wrong. A community that gathers around for support. A relationship that develops without crazy monkey sex every 10 pages... very satisfying read!

Loved the book - I know people like that! The only thing is the scene in the bakery where Rachel & family ordered kolaches which are a Czech pastry, but only the sweet kind. Savory ones like ham & cheese are not considered kolaches. These pastries made with sausage are called klobasniki. I’m not sure what the ham and cheese ones are called. Anyway, thath’s just FYI. The book is great!

I enjoyed this book and read it fairly quickly. At first I wasn’t sure about the main characters’ relationship potential but the author developed them well and I became more and more invested as I continued reading. I also enjoyed seeing Rachel rejoin her community. Side note - read the author bio at the end. First paragraph was the best!

Finally! A soulful understanding of love and wisdom, and the relationship between them. No drawn out sex scenes, thankfully! Wonderful story. Great writing. Bless this author!

I really enjoyed reading this story. Much of the interaction between people was, for me, a bit to decipher, some phrases/colloquialisms were completely unfamiliar- which tends to hide much of the meaning of what is said. That being said, I got used to it, read a little slower and the pages flew by and the story was over. This is definitely going in my re read file. If you like clean upright stories that are NOT just homo-porn for women—a 1,000 and 1 ways to have sex in lurid detail, this is the author for you. ( I can get by just fine without pages descriptive sex in place of a good story). Time to check out more of this author, by the way, read the bio in the back, that solidified it for me, I like this author and how she thinks.

This story of a sheriff and his woman is funny, sad, romantic in a crazy way, and gives you all the fells! It’s not full of sex scenes but full of goodness and that real world experience that just reels you in.

I loved the story and had trouble putting it down! The characters were awesome, the personalities of the three main kids were so vivid! Great job!

What a gorgeous story of Rachel and Garrett finding the love they shared . Garrett loving Rachel’s children as they were his own. Thoroughly enjoyed reading.

Another wonderful story to get get lost in. Richly complex characters come to life in a unique setting, their progress and growth well defined to keep the reader invested in the reality of their lives. Sometimes the story meanders, seeming to drag, but offers a depth of understanding the town, the relationship of characters and geography of an area otherwise out of reach of many readers. I highly recommend this author.

Loved the characters making it a great read

The bio at the end is a great read as well. I reckon there’s a great book in waiting !

@KATVNews: The Izard County Sheriff's Office arrested a woman who was accused of physically abusing a one-year-old child. …

The Izard County Sheriff's Office arrested a woman who was accused of physically abusing a one-year-old child.…

@komonews: A woman was arrested after the Yakima County Sheriff's Office says she threatened to kill and stab another woman then told he…

@Breznican That still doesn't make it right for the Sheriff's Department to do what they did. When the one woman sa…

@komonews: A woman was arrested after the Yakima County Sheriff's Office says she threatened to kill and stab another woman then told he… 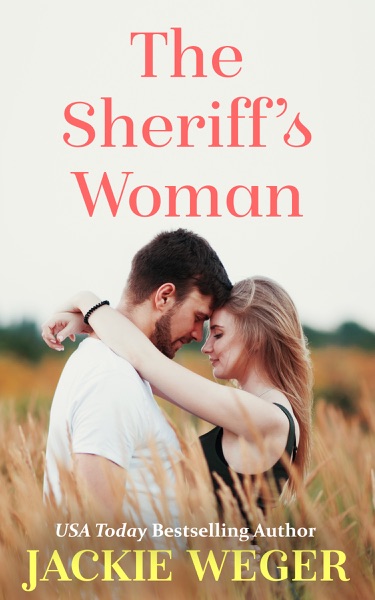