Heartache. Betrayal. Forgiveness. Redemption. It’s time to head back to Magdalena, New York, and spend a little time with the people we love to love and even a few we love to hate.

Gina Servetti was raised to believe she wasn’t enough—not thin enough, not pretty enough, not clever enough. She’s more comfortable with a spreadsheet than a conversation and doesn’t trust easily, especially where men are concerned, most notably the good-looking, smooth-talking ones like Ben Reed.

When city boy Ben Reed arrives in Magdalena, he’s not planning a long-term stay in a town filled with too many busybodies and too little excitement. He just needs things to settle down in Philly for a few months before he returns to his old life and his plan to win back his ex-wife. But once he gets to know the people in this town, he starts to care about them: one in particular—Gina Servetti. The longer he’s around her, the more he realizes she’s so much more than a woman with a scowl and a sharp tongue. She’s real and honest, and as afraid of trusting as he is.

But can Ben and Gina open up and take a risk for a chance at real love? Well, if the rest of the town has anything to say about it, and they always do, this couple will take the big leap and end with an “I do”!

And would the story be complete without checking in on Harry Blacksworth’s latest debacle…ahem…adventure? Harry’s moved his brood to Magdalena and is taking advice but, thankfully, not fashion lessons from Pop Benito. That spells trouble on so many levels. Oh, but it’s going to be interesting…

Join me as we peek into the lives of some of our favorites: Pop Benito, Lily, Nate and Christine Desantro, Harry and Greta Blacksworth, Mimi Pendergrass, Bree Kinkaid…and many more.

See you in Magdalena!

NEW FEATURE: Magdalena’s growing! People are getting married, having babies, and moving back to town, so I’ve decided to include a list of characters and their backgrounds—some new faces, some from previous books. You’ll find Who’s Who in A Family Affair: Fall located right after the dedication.

Bonus Material:  Also included in this eBook is the first chapter of A Family Affair: Christmas, Truth in Lies, Book Five.

I love secondary characters; writing them, reading about them, even watching them on the big screen. Secondary characters support the “stars”; make them more vibrant and compelling. But when the story ends, I’m often left wondering what they’d do if they were in the “spotlight”.

That’s why I gathered up a handful of “people” from That Second Chance series and sent them to Magdalena.

I’ve only read a couple of the books from this series, but I’ve loved them both & plan to read more.

I didn’t want to put this book down. It was like reading three books in one with the individual stories of some characters. And, I can relate with Pop and his Pizzelle iron!

A small town turns out to be the perfect place for two damaged people to come to terms with their past. The annoying tendency for townspeople to meddle in their affairs turns out to be welcome support and the lovers learn to grow and trust.

So many characters in this story. I think they are all intertwined in other stories in this series.it was difficult to keep up with all of them.

Very much enjoying this series

I'm so excited to share my first feature for @SInow/@IlliniNow. I got to know 2021 @IlliniFootball commit…

@RobertKiberenge: This dynasty that has made KMC a family affair must fall

This dynasty that has made KMC a family affair must fall

@instablog9ja Bb it's a game not a family or frds affair gamble your way to the finals or you fall out, laycon is a…

@KanganaTeam Their children won't fall into that as they know what is Good and bad?They have family values....Shwet… 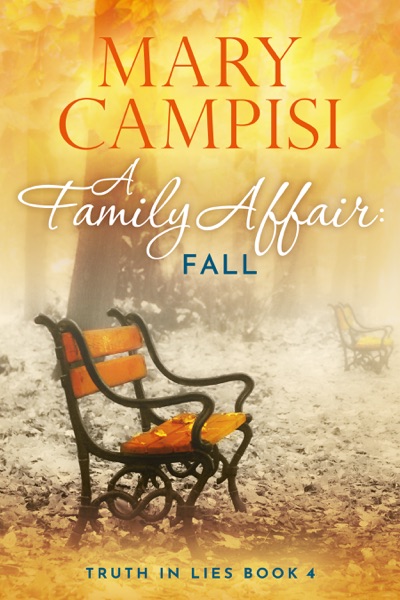