“Tana French’s best and most intricately nuanced novel yet.” —The New York Times

An “extraordinary” (Stephen King) and “mesmerizing” (LA Times) new standalone novel from the master of crime and suspense.

From the writer who “inspires cultic devotion in readers” (The New Yorker) and has been called “incandescent” by Stephen King, “absolutely mesmerizing” by Gillian Flynn, and “unputdownable” (People) comes a gripping new novel that turns a crime story inside out.

Toby is a happy-go-lucky charmer who’s dodged a scrape at work and is celebrating with friends when the night takes a turn that will change his life—he surprises two burglars who beat him and leave him for dead. Struggling to recover from his injuries, beginning to understand that he might never be the same man again, he takes refuge at his family’s ancestral home to care for his dying uncle Hugo. Then a skull is found in the trunk of an elm tree in the garden—and as detectives close in, Toby is forced to face the possibility that his past may not be what he has always believed.

A spellbinding standalone from one of the best suspense writers working today, The Witch Elm asks what we become, and what we’re capable of, when we no longer know who we are.

It was a dry and long book

Loved every minute of this book. I wish it didn’t have to end.

What began as slow moving did not pick up, but I always finish books I start. This one was a challenge. The ending, while not horrifying, was more like a mildly depressing way to mop up a spill.

This is by far the most disturbing and depressing book I have ever read. Very well written so I kept thinking it was going to get better. Alas, it did not. I would not recommend anyone spend time in this dark place.

Helen Queen of Troy - Quite Dreadful

Really a terrible book. Wanted to like it, was looking for a literary thriller, a la Kate Atkinson, Ian McEwan, etc. I didn’t do enough research on reviews and stopped after reading a couple recommendations (notable book of the year, etc.). Having read the iBooks sample I decided to purchase, hoping that the narrator’s grinding verbosity and self-preoccupied rumination about his protracted, incipient panic attack would eventually prove germane to some later development. It finally became clear it was going absolutely nowhere and I bailed after reading 200 pages. I know every author can write a major clinker and I’m hoping French’s other books may be worth a look, but this proved tedious and non-revelatory — I couldn’t find even the redeeming value of well crafted sentences to justify continued reading or to maintain credibility for the scenarios French was trying to convey.

A-mommy - Least favorite book of hers

I’m such a huge fan of all of her previous novels. This one took so long to get into, and once in, I thought it was predictable. Unfortunately I really didn’t enjoy the ending. I’m hoping her next one will be better.

Sorry, I have read all her books and recommended them, but this one I could not even finish, what happen!

I loved Tara French’s previous books. This one just wouldn’t end and instead meander pointlessly between different characters and unconnected strands. I was relieved when I reached the end.

Wow, it look nearly a third of the book to get to the murder plot and then no real mystery. Could predict the outcome almost immediately. If it hadn’t been for Hugo it would have been nearly impossible to get through. Not her best stuff and definitely not the best mystery book of 2018 as apple rated it!! Someone paid a handsome sum to get that title....ONE STAR!

I kept waiting and waiting for something to happen, then finally almost half way through it does. Then it takes until the last 1/8 of the book for it all to come together and ends on the most boring note possible. How do some of these books get on the best seller list?

Like most of her books, this one drags on forever.

This book was OK. Toward the end, it became verbal diarrhea in a sense because she went on and on and on and at one point, I was ready to threw in the towel. It became very boring, so I found myself reading the same paragraphs over and over because I couldn't get into it at all. The concept was good but the ending was definitely not great.

I really wanted to like this book but found myself bored and unable to connect with the main characters.

Long time readers of the Dublin Murder Squad will appreciate the emotional unraveling of the mystery and the well written introspection. Not quite as good as French’s other novels, but still definitely worth the read.

I am 150 pages into the very slow moving story. I don't think that I will finish it. I feel as if I am slogging through a very boring stream of consciousness with no end in site.

Stephris - So boring – doubt I’ll be able to finish it

The bickering between the cousins is exhausting and painfully boring. It started out strong but now it’s just dragging on and going nowhere. I keep hoping for some progression in the story but it’s like the same scenes keep getting rehashed over and over.

Shakira without the Sha - Ugh - boring tale of nothingness.

Thought this would be an interesting, mysterious type of novel. No suspense, what little there is doesn’t have any meaning - I only finished it because I spent so much money on it. It was a chore to finish and highly unsatisfying. And I’m a fan! 😭

Tana French is simply one of the best at writing about “normal” people coming unmoored and what happens when they do. I finished this book a few days ago but I just can’t stop thinking about it. There are so many levels to the story!

I say ‘‘tis about few books. I didn’t,t finish reading this book. It was moving so slowly I jut stopped reading. sorry, but it just didn’t appeal to me.

hellyajessica - Not the most thrilling thriller

I felt like bits and pieces of the story were amazing, and the rest was a bit boring. I had to force myself to read the last 60 pages or so. I saw the big reveal coming from chapters away and felt nothing towards the main character. Better luck next time.

Beautifully written, amazing insight into a person’s persona. What are we truly capable of, as individuals? Descriptive, to the point of feeling as though one is a part of the story. Thank you, Ms. French. Can’t wait for your next, although this one will stay with me for quite a while.

Great story, interesting characters. The end left me dangling from a cliff! :-(

Argumentative1123 - Not my favorite of hers

Took for-ever to get to the actual plot. I almost stopped reading in the 4th chapter when the character development was still going on, and on, and on...

Beyond excited for this book to drop .

@ThatThiccOwl Let's see there's The Conjuring 1 and 2 Halloween 1978 Season of the Witch Freddy vs. Jason Nightmar…

@Regina_Griffin Have you read The Witch Elm?

2 of 5 stars to The Witch Elm by Tana French

4 of 5 stars to The Witch Elm by Tana French

@sarajcox Nightmare on Elm Street definitely. My husband (54) cannot watch the Wizard of Oz thanks to his fear of the Wicked witch

anything spooky such as Halloween, Nightmare on Elm Street, Sabrina the teenage witch, or classic Jurassic Park 🤠

I'm reading THE WITCH ELM and it's like i'm living in….

54% done with The Witch Elm, by Tana French

The Bella In Wych Elm – A Witch? Or #Nazi Spy? #witchcraft #worldwartwo

@markcolehaines: Nightmare on elm Street 1-5 Halloween 3 Season of the Witch The Peanut Butter Solution RoboCop (Murphy's death and the… 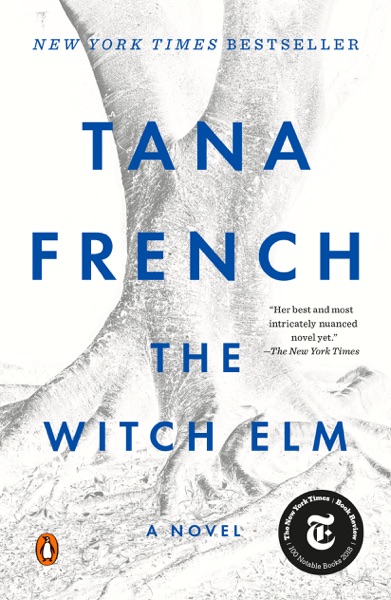