An assassin with a baby? Inconceivable...

Deacon’s life could be better. Deacon—the Shadow—kills people for a living. He’s a choosy assassin, and he makes no bones about his life choices. But a baby… That’s something he knows he’d never conceive of—pun intended.

While he’s looking into this baby situation, snarky ex-supermodel Solene Hansen is in trouble. Deacon’s sticking to her 24/7. Before long, he's learning that there's a lot more to Solene than sharp words and a gorgeous face. But his enemies are close, and they've taken note of his interest..

It'll take all his talent to keep Solene safe, learn who wants him dead and what the baby has to do with any of it, and figure out how to get Solene to realize that while he might not be a safe bet, he'll be a sure one.

The characters were good and the storyline was good if sometimes a bit confusing. It could be the order of the books. A little over the top on sex scenes with way too much detail. Would have been just as good without the explicitly of those scenes.

I loved this book! Enough twists and turns that I wasn’t bored at all. Can’t wait to read the next one.

SECRETS UNSEALED is the second instalment in Marie Harte’s contemporary, adult TRIGGERMAN INC romantic suspense series focusing on a group of assassins and contractors who form a secret organization known as the Business. This is contractor Deacon ‘Shadow’ Shaw, and day-care worker/ ex-supermodel Solene Hansen’s story line. SECRETS UNSEALED can be read as a stand alone without any difficulty. Any important information from the previous instalment is revealed where necessary but I recommend reading the series in order for back story and cohesion. Told from several third person perspectives including Deacon and Solene SECRETS UNSEALED continues to focus on the search for the truth. Someone is targeting the group of contractors who recently took down the head of a Mexican cartel. An abandoned baby wearing a locket, and several attempts against their lives finds contractors/assassins Deacon, Noel and Hammer battling an unknown enemy. When the most recent attacks focus on day care worker Solene Hansen, Deacon makes it his mission to become guardian and protector of the woman with whom he will fall in love. What ensues is the building relationship between Solene and Deacon, and the potential fall-out when one of their own appears to have fallen to the dark side. Solene Hansen is Addy Rose’s (Contract Signed #1) best friend, and with that, her connection to the Business places our heroine in the direct line of fire. Everyone is suspect; no one is safe including the man who would die to keep Solene alive. The relationship between Solene and Deacon is one of immediate attraction but Solene’s safety is at risk with her continued friendship and involvement with Addy, and her new found mate. The $ex scenes are intimate, erotic and intense, without the use of over the top, sexually graphic language and text. We are reintroduced to Noel ‘Ice’ Cavanaugh, and elementary school teacher Adeline ‘Addy’ Rose (Contract Signed #1), contractors Hamilton ‘Hammer’ aka ‘the Destroyer’ Aston Montgomery III, Violet Leon, and their handler, a man known only to the reader as Big Joe but a man who remains in the background giving out assignments and cleaning up when a job is done. The requisite evil has many faces. The world building continues to focus on the fall-out of an assignment that has followed Deacon, Noel and Hammer back home. Secrets and lies, hidden agendas, and the possibility of a double agent or mole keep the trio on the look-out for any potential threats and danger. SECRETS UNSEALED is a story of betrayal, double cross and revenge; friendship and love; grit and determination. The premise is spirited and inviting; the romance is sassy and seductive; the characters are energetic and real. SECRETS UNSEALED is an imaginative and edgy story.

@BaronAsh1 @Techno_Fog Well when Durhams indictments are unsealed and the truth is unveiled. Democrats election tal… 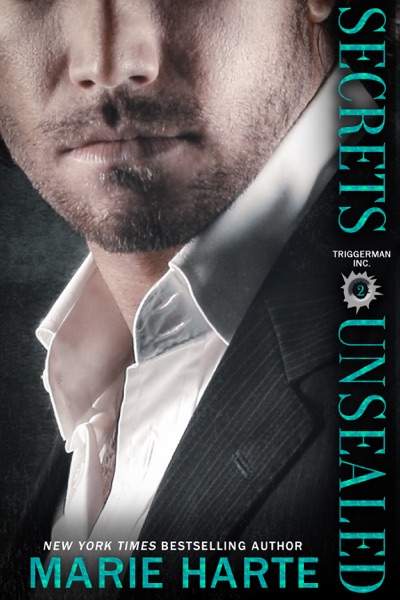