Not intended for those under the age of 18.

When oncology nurse, Amber Delacroix, learns her reckless brother has been in a paralyzing motorcycle accident and is then murdered a few days later, she’s utterly devastated. Adding to life’s cruelty, the cowboy cop assigned to her brother’s case brings her in for questioning.

Stone Benson, the paramedic who brought Amber’s brother into the hospital, stays by her side throughout the tragedy, treating her with kindness and compassion—something she hasn’t experienced much in her life. Amber yearns for more than his comforting words, and they embark on a tremulous journey. Just when she feels that their relationship is at a turning point, he reveals that he likes to share his women with his good friend and roommate, Cade. That turns out to be a huge problem, because Cade is the cop who believes she’s guilty of killing her brother.

When the real killer comes after Amber, what will the men need to do to save her in time to pursue a loving ménage relationship?

You aren’t free to love until you realize you can’t make someone love you back.

As builder Pete Banks is finishing a remodel for psychologist Zoey Donovan, she arrives home dazed, injured, and distraught. As he calms her down, she draws him in with her halting story of how Thad Dalton, a local cop and Pete’s roommate, saved her life. When Pete learns Thad was shot, he’s torn between staying with a woman in need and being there for his roommate.

Zoey never intended to blurt out to a man she’s never met how she almost died, but Pete’s understanding nature alters something inside her. Usually, she’s the one trying to figure out her clients’ needs, not the other way around. While Pete Banks is one of kind, she can’t tear her mind from Thad, the man who risked his life for her.

Detective Thad Dalton was never so scared in his life when a madman grabs Zoey in the hospital corridor and threatens to kill her if his demands aren’t met. Thad ends up taking a bullet to save her but would do it again if it means having her in his life.

When Zoey, Thad, and Pete attend Thad’s parents’ anniversary party sparks fly. She realizes she wants a more personal connection to these two men. While Thad's on board, Pete doesn’t think he’s worthy. His self-loathing forces him to retreat and casts doubt on their future together.

Free clinic nurse, Jamie Henderson, has been slogging through life in cement-filled boots for the past six months. It’s been damned hard to get past her recent betrayal, but she’s determined to try.

When two men chase her, she manages to escape, but the near attack shakes her to the core. Now more than ever, she needs to take back control of her life.

Arson investigator, Max Gruden, is called to a blaze at an abandoned warehouse only to learn a man was found clinging to life inside. After the victim is rushed to the hospital, Jamie, a woman who has intrigued Max for a while, tries to cross the police barrier, searching for answers about her friend who was burned in the fire.

What starts out as a simple friendship between Max and Jamie quickly turns into a blaze of passion. When she finds herself a target in a terrorist plot, Max is enraged and promises to do everything in his power to keep her safe. 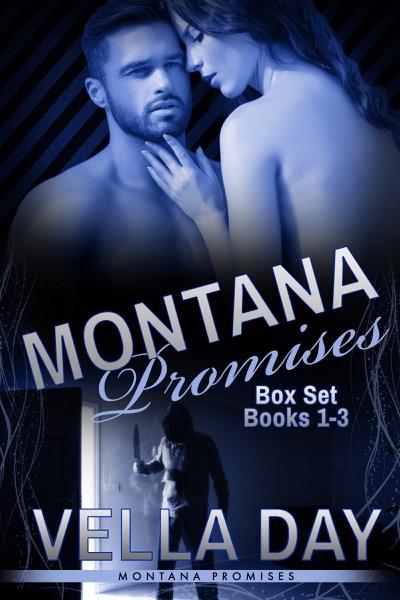